Many developers still work in the style of Web Forms, which has become very outdated and incompatible with modern technologies, the question here is whether the work on web forms is expired, or can we still work with it?

This question can be answered yes or no at the same time.

The answer is YES!

Yes, it is expired, as the company that created it now relies on all its sources, courses, and even publications on MVC technology, and it is enough for you to know that the last published book related to Web Forms was in 2012. That is, the support from Microsoft is not the best Even though it is still available in Visual Studio within the frameworks.

The answer is NO!

But the answer to the question can also be answered in the negative.

The work on web forms is not over yet, as there are many, many companies and organizations that already have their software and websites that the web forms method is followed.

Imagine a company that has a huge program that works with web forms technology, it will need web forms developers to be able to modify and change the programs and that is better than buying a new program in modern languages

So to be clear, it must be said that there is no objection and no harm in your knowledge or mastery of web forms, but if you are a beginner and your first steps in the world of dot net, my advice to you is to focus on MVC and Core and not pay attention to web forms except for knowledge

and for the old programmers, my advice to them, don’t stop at web forms, now they are coming towards the end they will go away someday, you have to update yourself and keep learning with the technological development and mastering MVC and I can tell you congrats on your knowledge of the web form method, you are now familiar with the old and the new, this increases your value and weight in the market 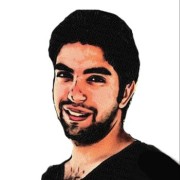 I am Mohamed Alaa 33 Years i am Working as a DevOps Engineer i have experience with Networking and IT also i have good experience with Programming Specially .NET Technology i have Build this website to share my knowledge with others to help anyone want to be professional in the IT Field

The most important programming language to get a high-paying job